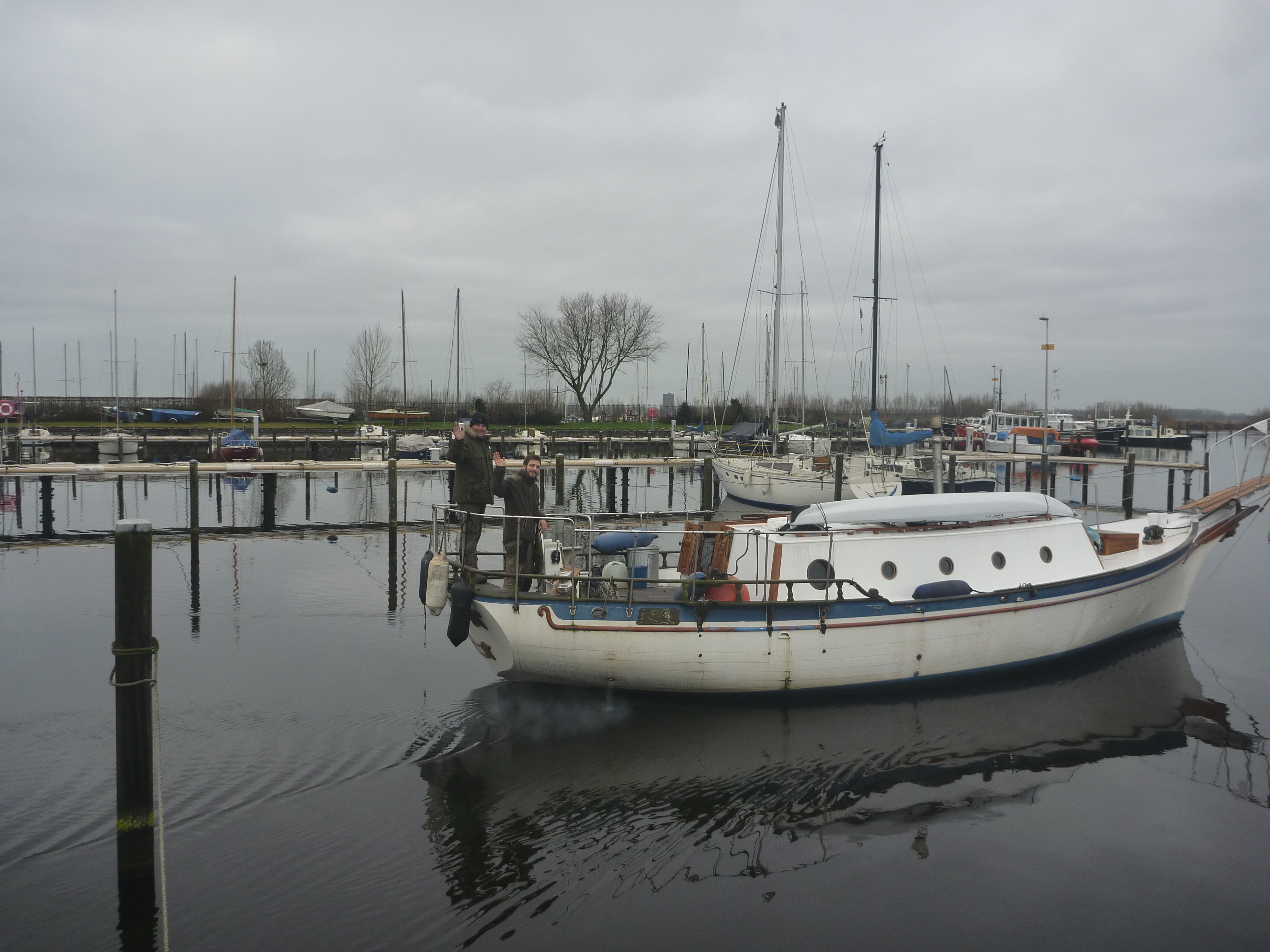 Good day everyone,
This month it finally happened (well, sort of). Seadog was ready to go for her first sail (engine only) in five years. To bad January is one of the coldest months in the Netherlands, which meant we didn’t get to far. Actually we didn’t even get out of the harbour, because the water at the entrance of the harbour was frozen solid! We did go around the harbour a few times and were able to top off the water tanks and take some video’s and pictures while on the move, so check those out below. The days after these pictures were taken the entire harbour was frozen solid and Seadog was (and still is) laying in solid ice. So, right now she is not going anywhere. The weather forecast for February is well above 0 Celsius though, so in a few weeks the real “maiden voyage” will be a reality.