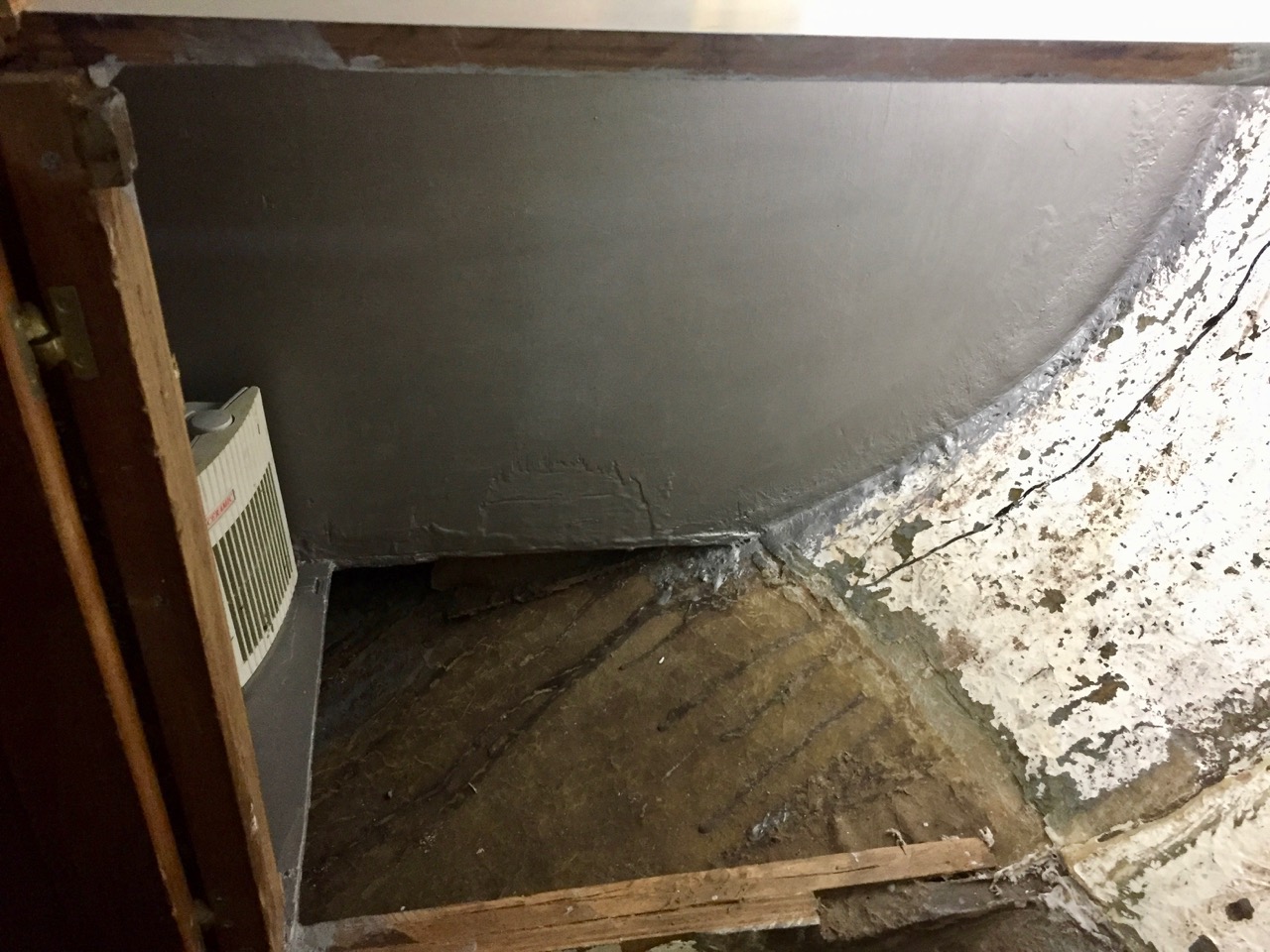 This past week preparations were made for building a new fridge box inside the boat. There has always been a big empty space beneath the kitchen counter that has been hard to reach ever since the stairs were moved there. The fridge box will be placed in that empty space and will be accessible from the top. Although in this case there really was no other option, it actually always a good idea to have the fridge opening at the top. This way the cool air inside the box will not fall out when you open the door. The plan is to insulate the fridge with a minimum of 10 cm insulation to further increase the efficiency of the fridge box. In some places even more insulation will be used, especially in the small space where the freezing section will be.
To compensate for the immense thickness of insulation there will need to be a lot of empty space available underneath the kitchen counter. Therefor all unneeded planks and beams were removed and some much-needed cleaning and painting was done to prepare this space for the placement of the new fridge box.
The holes that were made to access some of the bolts that go through the hull of the boat were also closed off again. Plus some of the 230 volt wiring was redone now that those parts were easy to access.


The cooling unit used to cool the fridge box will be the Isotherm 3251 ASU Self-Pumping Water-Cooled Component System which is one of the most efficient systems out there, while also being near silent (no spinning fan). With this system the sea water-cooled skin fitting/heat exchanger replaces the air-cooled condenser and cooling fan that normal systems use. The through-hull fitting of the kitchen sink was replaced with this special fitting last month when the boat was on the hard (out of the water).

The building of the actual fridge box will follow in an upcoming post. Till then, fair winds and following seas…