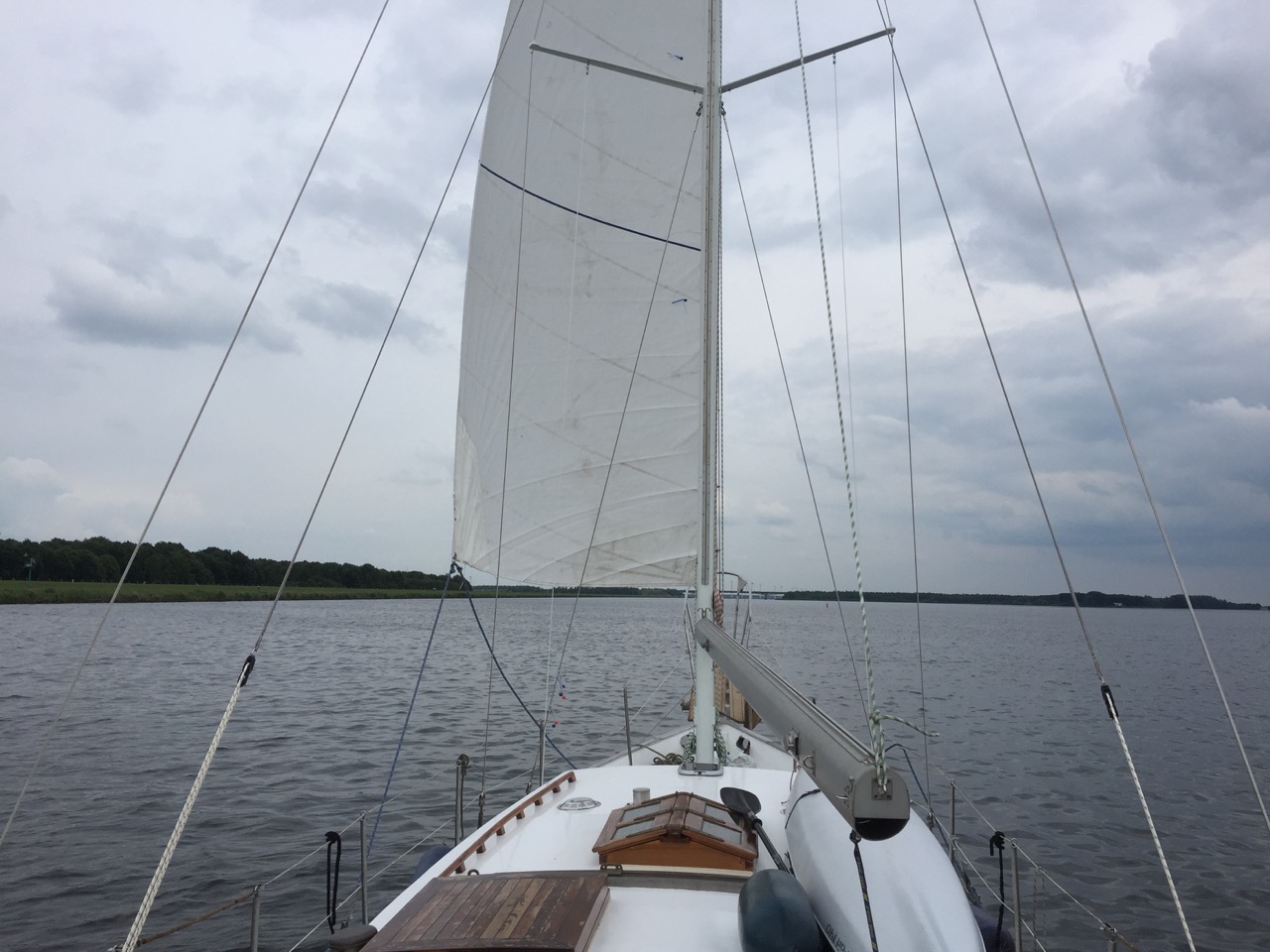 Although I kept and stored all the old rigging to reuse with the new mast, I still decided that in the end it was a better to just buy completely new rigging.
Sure, it costs a lot of euro’s to do so, but this way I can be sure that when the winds are blowing strong the mast will stay on the boat and nothing will break (which would have dire consequences when under sail).
I hired a company to do all of the rigging onside (at the marina), which meant that within 3-4 hours the mast was standing on the boat and all the rigging was done.
On the same day we took the Seadog out to the lake and hoisted up the jib (front sail). And even with wind speed’s of only 2 Beaufort Seadog was going quite fast.
We couldn’t yet take up the main sail because not everything was ready for that yet. But a few days later we also took up the main. That day there was even less wind, but Seadog still kept on moving. And at the end of the day wind speed’s went up to 3 Beaufort and we were speeding through the water!
The mast hight for the Seadog now is 12.65 meters, and the bridges at the Gooiermeer have a hight of 12.80-13 meters.
Which means it’s going to be quite intensive every time we go under the bridges. Especially if there are big waves, but the first test runs went good, so I guess there’s nothing to worry about….
As always there’s still a lot to do, but from now on it’s also time to go sailing now and again 🙂 (finally)!